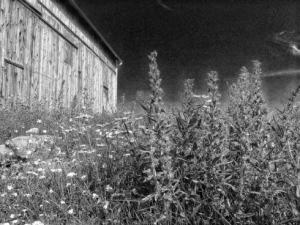 The heart of the story is based on being submissive, sweet, and uncomplaining in the face of tremendous adversity, and then one day your will get your reward as your virtuous nature is noticed by Prince Charming, who will take care of you and both you and dreamboat will live happily ever after.

Excuse me while I vomit.

And you know what? Snow White – you got it. Sleeping Beauty – ditto. Rapunzel (Disney version aside) – you get the picture.

And, unfortunately, these fairy tales tell the truth. Sure, they tell the truth held by the cultural majority of a certain time, but they show us the truth as we know it.

Think about major blockbuster movies. No matter what happens around him, the hero never dies (otherwise the story’d be over), bad guys (almost always) get punished, the good guy gets the girl, and good triumphs over evil, blah, blah, blah.

Where’s the truth in that?

It’s the truth as we want to see it.

Folks like the world to follow a certain logic, and good vs. evil is as good a place to start as any. We watch this stuff, and go on with our lives, one forgettable moment after another.

But is sure isn’t the full truth. It’s more the Cinderella version of the truth, the culturally sanctioned version. It’s what we want.

But it isn’t the truth.

And a really good story tells the full truth. And, I find, the weirder, the stranger, the more terrifying the story, the more it speaks the truth.

A really good story, one that you will probably remember for the rest of your life, tells the truth. It tells the truth about your deepest fears, your desires, your dreams. This is big stuff, not just ‘be good, and someday your prince will come.’

And Cinderella is still with us, all these years later, because that damned story speaks the truth. Cindy wanted something better, so she did what was culturally sanctioned and got her man. The end.

But the truth was she wanted something better, she wasn’t happy with her lot; she just put up with it.

Think: Betty Smith’s A Tree Grows in Brooklyn. A classic, with another female protagonist. What’s Francie want? Something better than abject poverty. What’s she do? Work her ass off to get out of it. She’s living the American Dream, another culturally sanctioned truth. Work hard and things will get better.

Now, I’m not picking on either of these, but I’m using them to talk about the truth. And the truth is sometimes hard for a writer to pick up on. When I write, I tend to jump into a story mid-scene, and the rest unfolds from there. I like to see my characters fight it out (literally and figuratively) and it’s their conflicts that make my story. But when I hit the truth in the story, that’s when things get real.

What kind of truths am I talking about?

Fear is a good place to start. We all have archetypical fears, almost everyone is afraid of losing someone special; and children tend to have an innate fear of the dark. (That fear of the monster under the bed probably was an evolutionary plus during hunter-gatherer times, where there really was danger lurking in the shadows.)

And we all want love and acceptance, whether from loved ones or society as a whole. (And yeah, that’s why romances are so popular.)

That’s the kind of truth I’m talking about.

And a good story hits these kind of truths – our deepest darkest fears and desires. And as a writer, if you can touch the truth, and hold it, your story will speak louder than you ever thought.

Be sure to check out my posts on Integrity in Writing and Integrity in Subject Matter and let me know what you think.