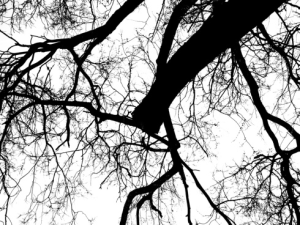 Welcome to my world, or at least a small part of it.

I’m a writer living in the wilds of Canada with my black cats and my laptop (the wifi’s pretty good in the boonies). I love themes of loss, love, and change – all with a twist of darkness or something else entirely.

You must too, or you wouldn’t be here.

Some of my work has been published on the very awesome Yellow Mama and Spelk – other pieces appear in various forms floating around the ‘net. You never know where I’ll pop up next.

I’ve been told I’m a girl with a lotta bottle – that’s Scottish slang for I have balls. I like writers that jump into the action, and get to the heart of the matter, and pull some serious punches. (Hello Elmore Leonard and Slaughter House Five.) I’m kinda a girly-crime writer, with a soft romantic side. The dark underbelly is my second home, and I dig the shady folks who live there.

Marginalized, messed up characters – you speak to me.

Of course, my writing’s character driven, I fall in love with my characters and we fumble through life together, and sometimes I’m even surprised at what they get up to. And yeah, I’ve cried when they’ve died or the story’s finished. You know how that is, right?

My bookshelf’s overflowing, and I’m a voracious re-reader, so here’s a short list of who’s hanging on my bedside table (or currently in bed with me 😉

Hemmingway (yep, that dude), I love the short, tight sentences and modern prose, Jack Kerouac (I have a serious thing for Neal Cassidy), and the classic Wuthering Heights (a true dark romance). And don’t forget good ol’ Gone with the Wind (Rhett and Scarlet are some pretty seriously messed up characters, and I love them for it – I’ve been rereading this baby since 1993.)

But classic horror and sci fi is my stomping ground. I adore Stephen King, Dean Koonz, Ray Bradbury and a whole host of ladies like Tanis Lee, Margaret Attwood, and Madeline L’Engle. Check out some of these awesome lists here and here.

And yeah, I was one of those kids that read Dracula in grade school, and wrote high school essays on Stephen King. Flash forward a few (ahem) years later, and I’ve gone back to my roots; they might just be a bit greyer by now 😉

Stories, characters, people, come and go, and weave together to create an amazing tapestry called life. Which brings me to now.

So stick around, drop me a line or a link, and we can create a space in the dark together.

Like all things in dark ness and light, consent and balance are key, and it is this contrast between them that makes dark worlds shine.